So it was simply a freewheel downhill to Strasbourg? I wish. I’d found a hotel just west of Freudenstadt in a spot called Zweiselberg. The next morning even though I was at the top of the mountain range it meant a steep and long descent before a long climb back to the top to find the road to the bottom. This required an hour’s worth of climbing up hairpins deep in the forest to get back to the freewheel scenario. It was slow and painful in the Sunday morning cool of the sheltered valley. I wasn’t alone though as Sunday morning is motorcycle time in the mountains. I must have seen over 100 bikes that morning as they zipped up and down the valleys. Apart from the noise, which must drive the locals mad, then another joy was the speedsters who raced each other up the hills. 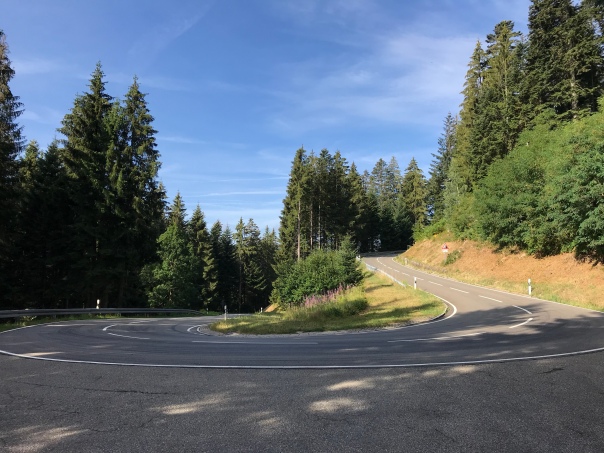 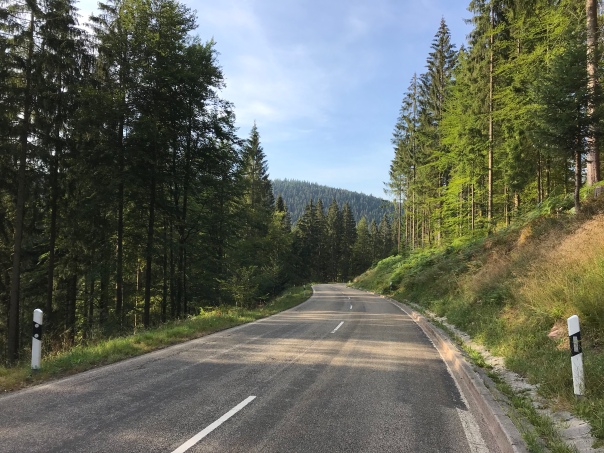 I’m on a badly balanced bicycle descending at 35mph. I’m leaning into some very sharp lethal corners and always on the brakes: not that would solve much in a hurry. I’m picking a line nicely on one side of the road to allow overtaking from behind but also allowing me to take the bends. Next comes three screaming bikes around a bend racing each other up the mountain. They need all the road (both sides) as they lean virtually to the horizontal. I can do nothing but reflect on whether it’s too late for me to embrace Christianity.

On the descent I find cycling strugglers climbing. I came across a number of disabled cyclists using their hands and arms to pedal. Even when assisted by an electric bike solution I loved the ambition and effort. I’ve posted an image of the type of bike they rode (minus the motor and battery). 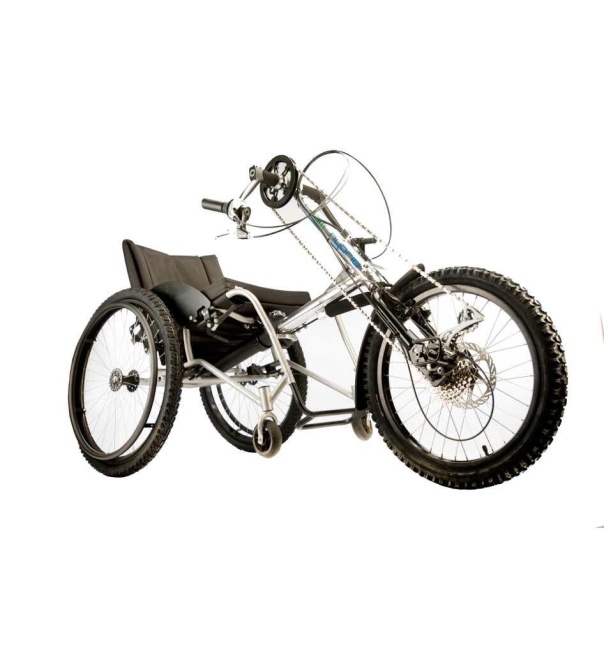 Eventually I am towards the valley floor and either maddenly twiddling around on gravel cycle paths or trying to use main roads where I am prohibited. I’m aiming for Kehl. This is the last German town before you cross the Rhine and enter France.

Entering France might be described as low key because whilst the river is the border then in reality there is no border. This was my sixth country of the ride. The Strasbourg tram runs from the centre of the the town and across the river into Germany. I know this because last year I was in Kehl staying at a campsite and took the tram.

Next mission is to find the hotel and my wife! The Okko Hotel is just west of the centre in a busy area with lots of restaurants. I just find this as my bride is wearily pulling her cabin bag toward the front door. Perfect timing! She’s had a big effort to get to Strasbourg using public transport from York to north of London where Stansted is located. Her tribulation with delays and under manning seem to make my ride seem a doddle. 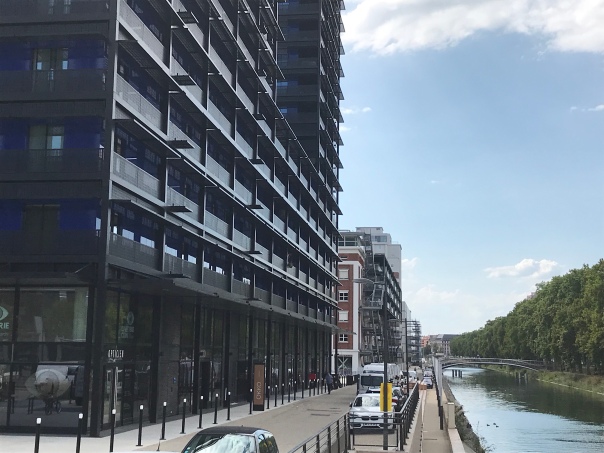 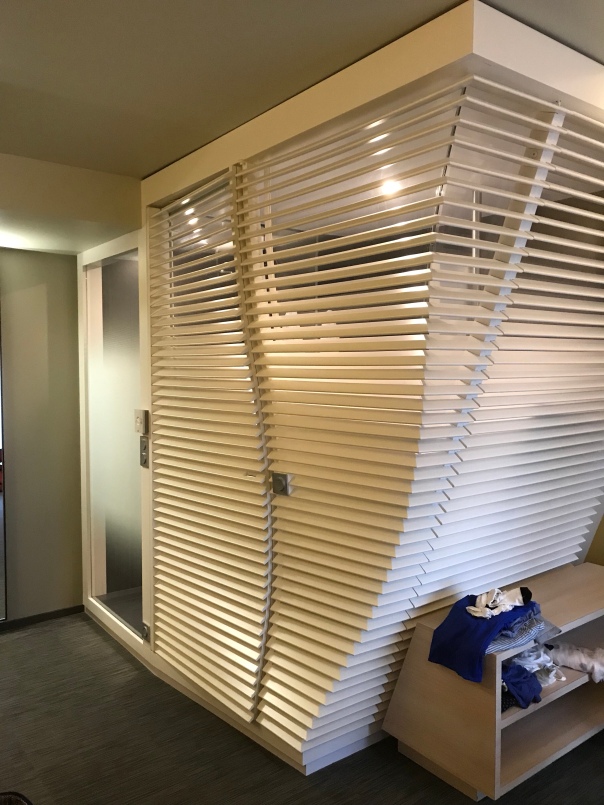 The hotel is very chic and apart from a trendy room with a futuristic bathroom pod it also has ‘The Club’ where you can hang all day with free drinks and some snacks. After having spent all the preceding days thirsty then to have tins of soft drinks available in a large fridge free is like winning the lottery.

I’ve always known how to show a girl a good time and of course after showering then the first point of call is the launderette. Anna had done her research but I expect that the hotel staff, when quizzed, never expected to be answering these typical ‘cyclist on the road’ mundane questions! The present Mrs Ives was mollified by a McFlurry for allowing me to wash my smalls properly. 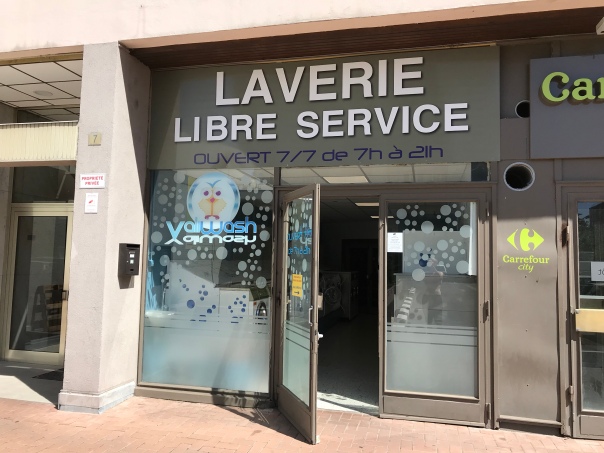 All sorted we sauntered into the beautiful town centre to have a look around and have a spot of very late lunch. Strasbourg has a history of having been either French or German over the last few centuries. It is also full of millennials and I worry that many have jobs associated with the European Union. The Commission and Parliament have premises here and for reasons that beautifully explain the whole nine yards of fudge that the EU is then the Parliament convenes here 12 times a year for 4 day sessions by way of ‘away days’ for the MEP’s. (I noted that a hotel in the centre, in the district called Petit France, had rooms at €550 per room. I wonder how many of those I’ve paid for over the years). 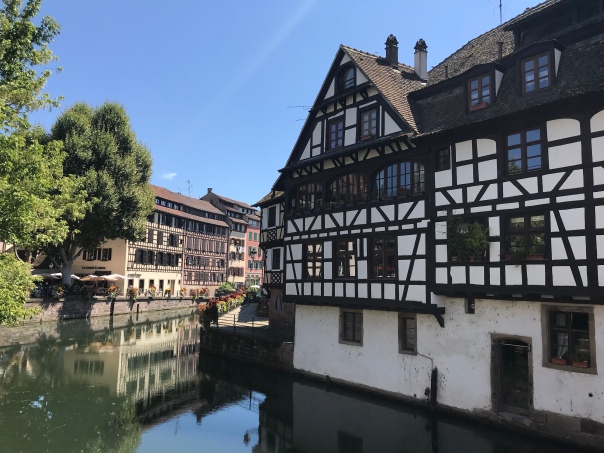 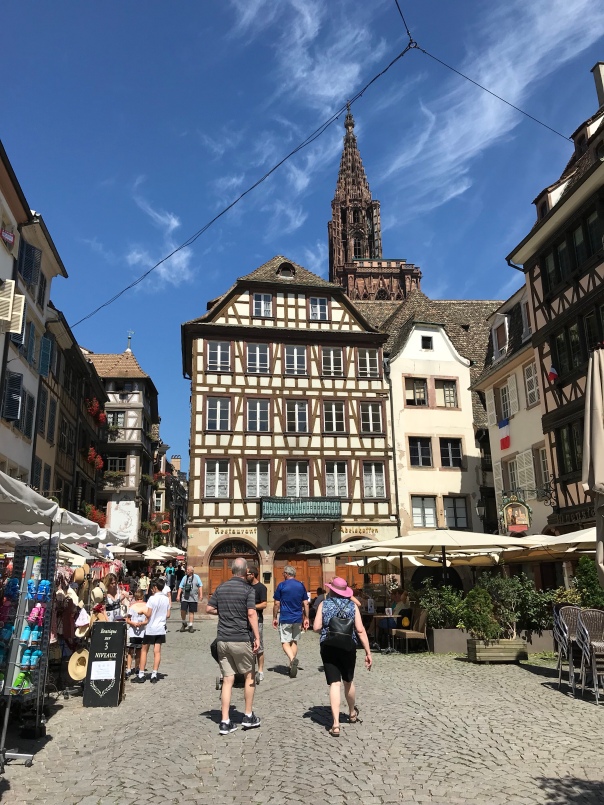 We went on a boat trip. Canals are to be found in the exquisite centre and we had a dreary history by pre-recorded audio. Interesting facts include the fact that once there was a gas works supporting 360 street lights and that quite a lot of the city was developed during the second to last German ownership at the end of the 19th Century. After this we wandered back to the hotel. 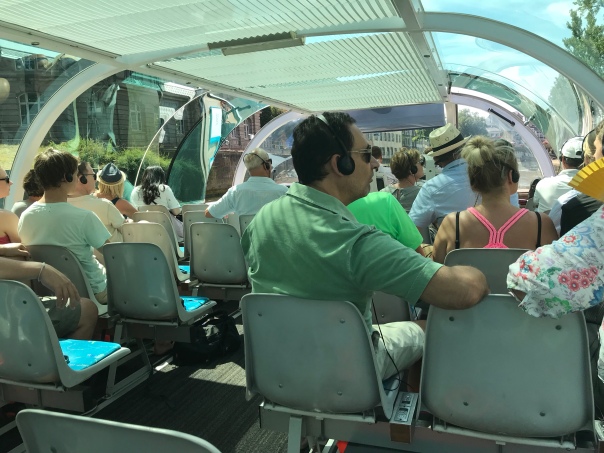 Day 2 of my rest days sees an expedition to Colmar, about 40 miles south. Another beautiful city that leans on that mix of German architecture and French style. We strolled around in the staggering heat. We had some lunch including exceptional cake and then made the trip back. 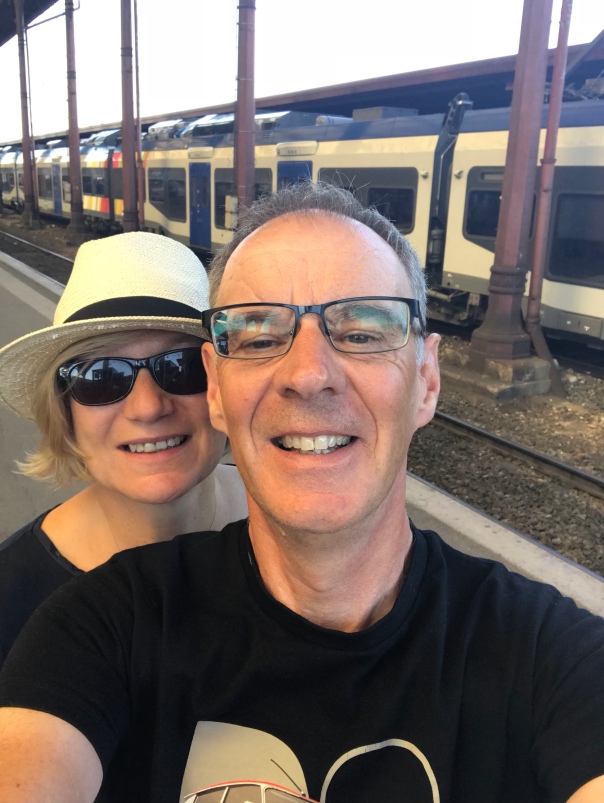 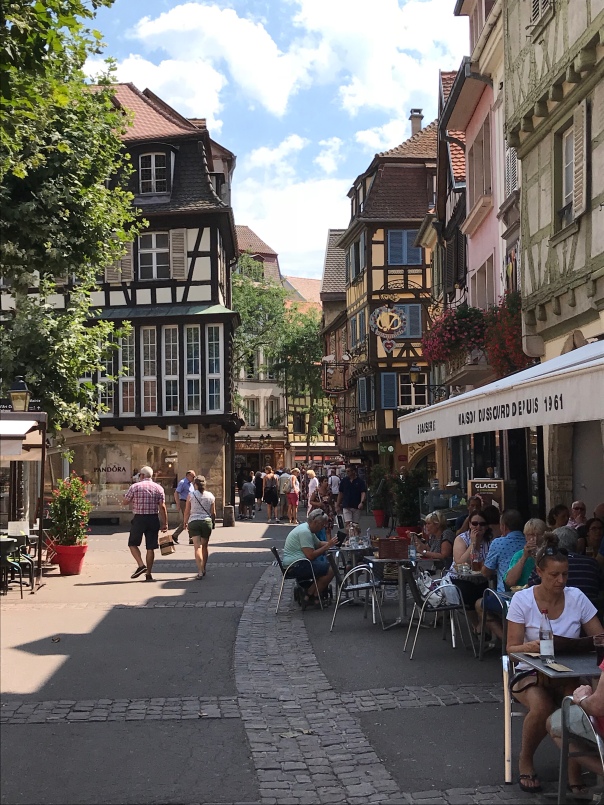 The French trains are sublime – air conditioned, spacious and new. A real pleasure to experience. That night we find some pasta for me and risotto for Anna. Also I have some delicious white wine – something that I haven’t had much of for a while. The next morning Anna’s steeling herself for Ryanair and I’m thinking of that long road home up through France.

We have some falafel at a Lebanese restaurant, kiss goodbye and I set off in the wrong direction as usual. That bloody Garmin!