So it felt like a pending examination. I had some butterflies about the upcoming distance, the hilly terrain, narrow roads (and impatient traffic), sweltering heat, weight on the bike (with luggage) and a slightly dodgy right knee. I’ve been here before but had some anxiety about the journey home before I started. 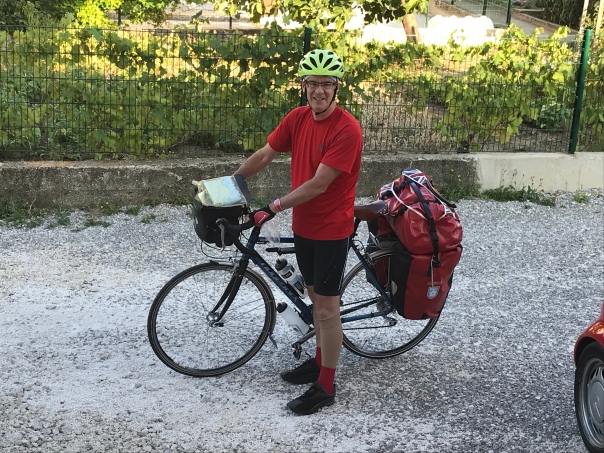 This had a lot to do with a 6 mile 400 metre climb shortly after leaving the apartment on a narrow mountain pass and wondering whether Croatia losing the World Cup Final had a bearing on how they’d drive the next morning. After a wonderful time on holiday in Croatia (and too briefly in Herzegovina) I left Anna and Sophie (wife and youngest daughter) in Kaštel Lukšić to the west of Split to pedal home. The route is simply heading north. Up through Croatia and then into Slovenia. After this there is the small matter of the Austrian Alps to overcome before the relative flat of Southern Germany before I push onto France. I think it may be around 1,500 miles before I walk through my home front door.

Having toured before, whether through Europe or the USA, you think you know what to carry, how far to ride each day and how your body will react. However the first hill is the acid test: I have a relatively lightweight bike with 28mm tyres on 32 spoke rims but the kind of weight on the back wheel that beggars belief. I know everything will get lighter as the days go by including me! As I’m carrying all the camping clobber I added a 33 tooth gear to the rear cassette – I hope I can go low enough.I like to push on, frankly travelling is always better than arriving. When cycling in new countries then predicting the impact of the terrain, heat and other aspects of your environment such as traffic, campsites, availability of water is the unknown. It’s the risk and yet the exciting part. I’ll be self contained and plan to camp as many nights I can. I’ve pored across maps and accommodation websites to plan it all but I know I’ll deviate as I get underway and new/other opportunities or challenges present themselves. The route will be my own and whilst I plan to camp then I won’t be wild/stealth camping. I need a daily shower!

So back to that hill. It was terrible! Grinding up at 4 mph whilst large trucks nearly stall as they arrive at your rear wheel on a 9% gradient. Trying to keep the bike moving in a straight line at this speed is a challenge I’ve faced many times. However despite leaving at just after 7 am I hit the hill in 27°C. At the top a mild euphoria gripped me knowing that it was over. There I immediately discovered two young German lads en route from Bonn to Greece. If you look at the first one’s rear pannier the red box: it contains McVitie’s Digestive biscuits. I’m also carrying a packet. Cycle tourers of the world unite! 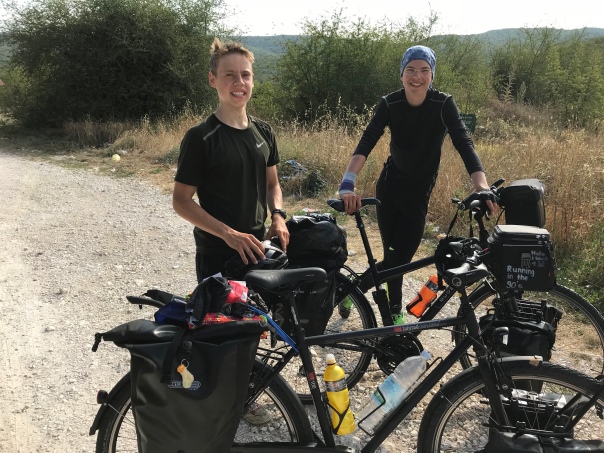 They’d only been on the road for 5 kilometres that day and were wild camping. It’s illegal in Croatia but I suspect the Police were otherwise engaged last night.

So I still climbed after this epic first mountain but not as steeply. On my eventual descent into Šibenik I came across a very bedraggled Korean who’d been pushing his bike after despairing at the climbing. I had some the glad tidings to pass on to him: it was frankly a very long descent to the coast after he topped out on his current climb (and then completely flat to Split). He’d started in Venice and was headed to Istanbul. Respect, but I worry….

I was too early for lunch when I arrived in Šibenek and asked for oatmeal at a cafe. It was mainly yoghurt with fruit. Delicious but not appropriate fuel. From here it was along the Adriatic coast until Pakoštane. I have to admit that the heat did frazzle me and even after drinking two litres of water then I had no urge to visit the loo. (I was on the brink of getting severe cramp and so I just kept drinking at the tent).

Pakoštane is a small resort with some cafes, a beach and several campsites just along the shoreline. For 200 kuna (c$30) I got a pitch after being rejected at two other sites. I was expecting this price and it is about three times what I expect to pay in Austria, Germany and France. For this I got a stony pitch with lots of bits off the trees on the ground. I obviously didn’t need electricity and begrudgingly my landlady waived the 1€ for the intermittent wi-fi. 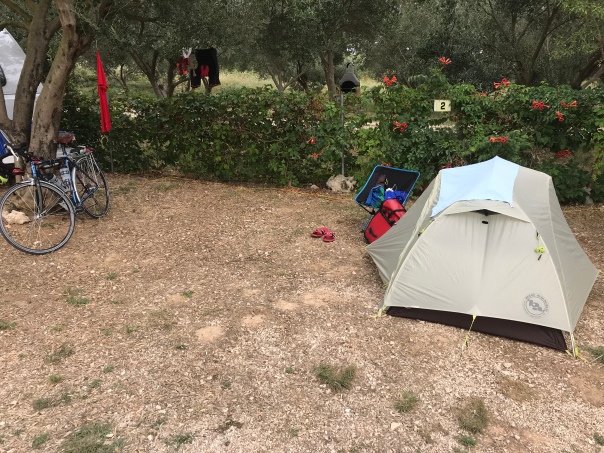 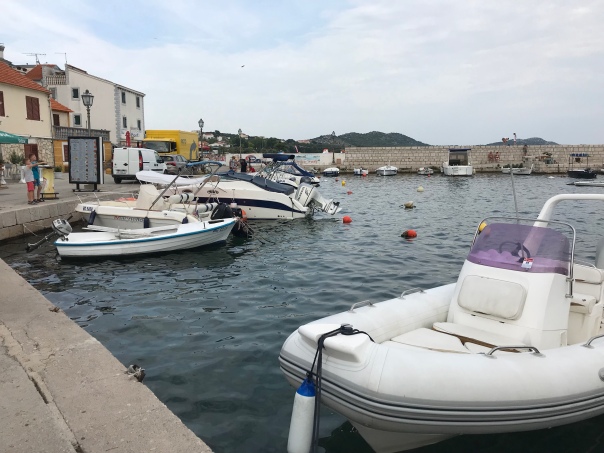 The tourists are mainly Germans. Add a few Dutch, Italians, Poles and Slovenians and you have a very strange mix for a Brit to be consorting with! English was not as widely spoken as further down the coast and my German extends to “zwei beire bitten”. Yes, I accept my ignorance but frankly who doesn’t speak English nowadays if they’re in business abroad?

I thought I’d cool off and let my legs enjoy some cold water. I went in the sea at the bottom of the site. I really cannot remember how long ago it was that I actually last went in the sea. I discovered it was salty. So my advice is keep it away from your mouth and eyes (no please don’t thank me). 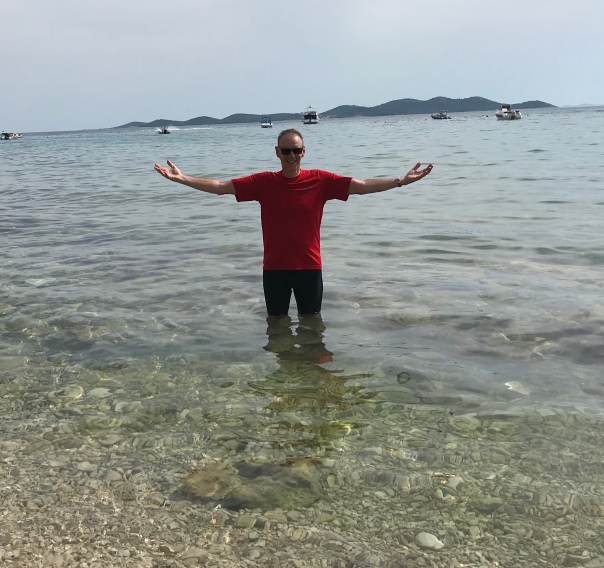 What unfolded next was literally biblical but I’ll save that for Day 2.