Here is an album of quality melodies and layered acoustic rock arrangements. Americana is now a retail label applied, by PR agencies and record labels, to anything that needs a home when it obviously isn’t another genre. Had this album come my way in 1985 I would have called it singer songwriter/soft rock.

For all my pedantry then this is a splendid release where his infectiously catchy choruses are attached to thoughtful words. One such is “The Kids Don’t Dig God Anymore”, he says “in the old days people grew up with faith – now it doesn’t seem to be there anymore, so I start to wonder what there is now. I’m not particularly religious, but what’s gone out the window is people being less spiritual.” I think this is a great point and his analysis comes across in a long slow hymnal made interesting by some organ effects.

“The Ending” is an album highlight about the joy and healing properties of love. A lilting acoustic ballad driven along with an accordion and three part harmonies is a complete treat. This is a ‘put on repeat’ track. With his growing reputation this Liverpudlian’s been spending time in the USA and particularly Texas. On “My Neighbour’s Ghost” he channels his inner Buddy Holly with this 60s pastiche: no doubt inspired by his sojourn in Lubbock. 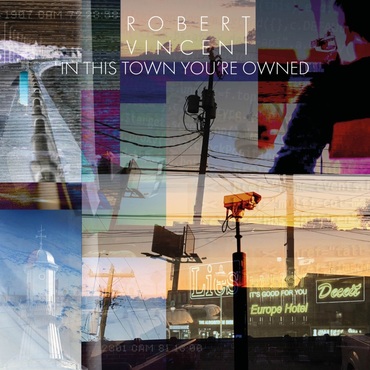 Vincent can construct a melody and chorus that reminded me of another band: Crowded House. The soaring choruses and harmonies were the clue. “Husk Of A Soul” and “If You Were You” are such songs. His attractive yet plaintive voice coupled to a fine melody keeps your attention. Elthan Johns’ production is sympathetic throughout and whilst all the arrangements are full there is a ‘less is more’ discipline.

Vincent is a deep thinker and sensitive wordsmith. In some PR notes he says “people say you should just stick to music and keep your opinions to yourself but I find that entirely the opposite of what song writing should be”. Robert, your position works well if your opinions/politics are the same as your audience. My experience tells me that the artist assumes that no one, of sound mind, can possibly disagree with them. Wrong. Personally, but not necessarily on this release, I’m weary of sitting through invective I’ve often had to pay to receive. Just my opinion, of course.